Wargames have taken second place to real life at the moment (only to some extent though!) but I’ve actually managed to get a building finished!  This one’s been a long time in the planning (and the cupboard)! 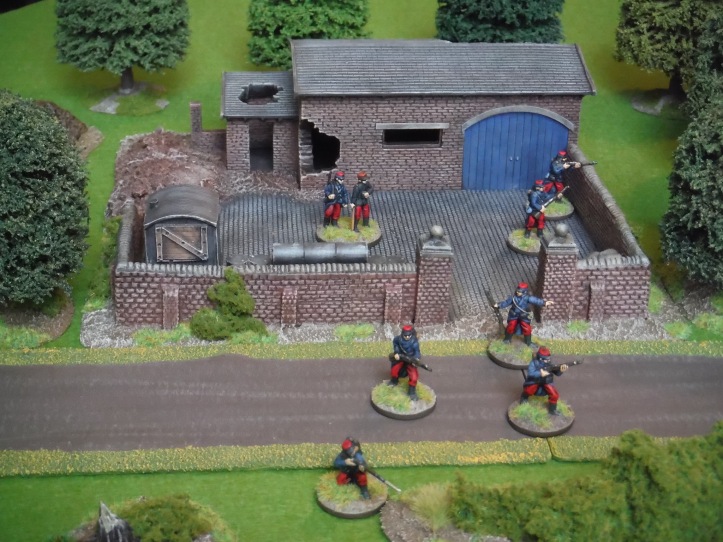 I’ve wanted to do a small factory/workshop for a while, mainly for 19th century France and the Franco-Prussian War or early WW1.  I seem to remember reading that many farms in northern France had attached or adjacent sugar beet factories, so that would let me justify having a small factory that could be used in a rural or urban setting. 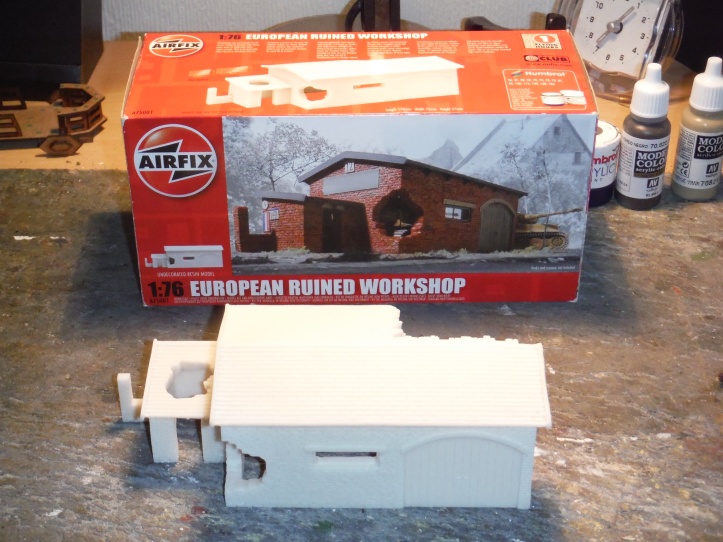 So, the building I got was one of the Airfix resin wargames items, a damaged European workshop.  These models are nicely moulded and good quality, although the damage tends to be a bit too “regular” for my liking.  I wanted the building to be mounted on a base, but be removable to make storage easier.  I originally planned a larger base with accompanying small buildings, but in the end I left these off to let me get it all finished that much quicker! 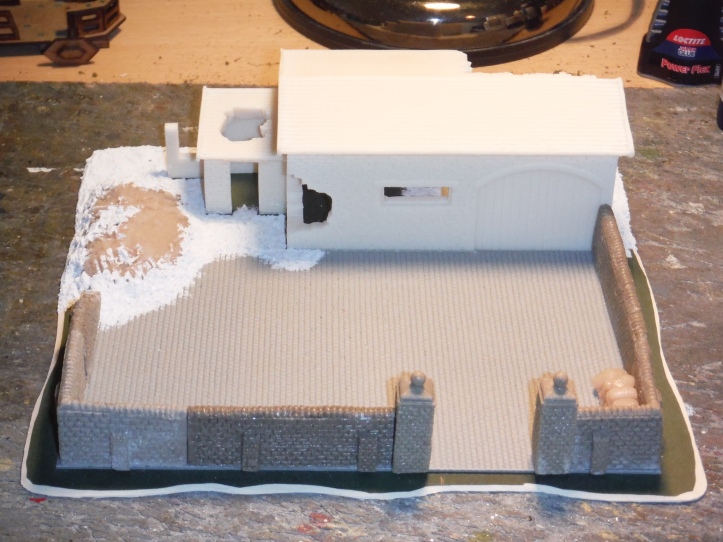 I drew a plan out on mounting board and then cut that out with irregular, chamfered edges.  I managed to get a sheet of moulded cobbles by Kibri off eBay and that formed the basis of the yard.  I added high brick walls and gate posts that I got from Hovels, reducing the length of some of the walls to fit the base.  I placed the workshop over the rear of the base and drew round it, covering the edges of the base and areas next to the workshop in Vallejo white pumice for texture.  I built the rear corners of the base up with layers of pumice, with some gravel added in to look like rubble in those areas adjacent to the damaged walls of the workshop.  I also had a resin terrain piece representing rubble, so I added that to the base as well and spread a pumice/gravel mix round it.

I painted the whole lot in Humbrol enamels, although with hindsight the brick colour could have done with being a lighter shade.  I used a Humbrol wash on everything, since I had a couple of jars that needed using up, but this ended up being thinner than the enamel washes I normally mix myself, although the final result after drybrushed highlights looked OK.  Put some patches of static grass around the base edges and three climbing bushes made from Woodland Scenics clump foliage disguise the joins between the Hovels wall sections (on the outside faces of the walls at least). 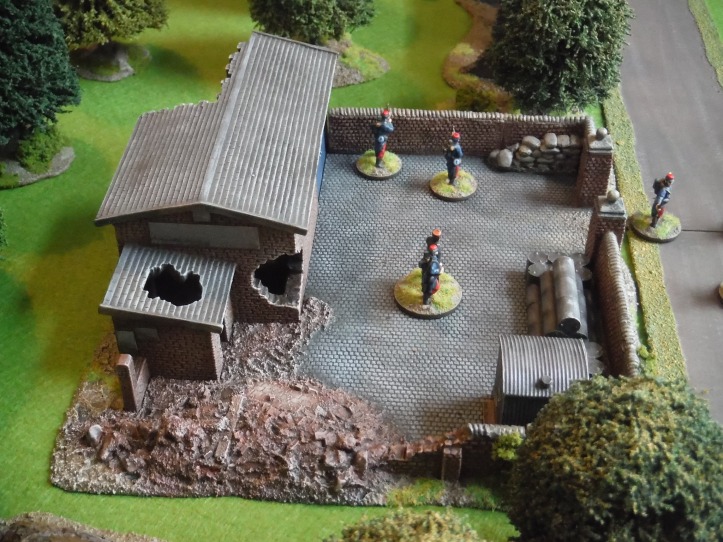 Although the pile of sandbags near to the gate was stuck on the base, I left room for other scenery items to be placed around the yard.  The only dedicated scenic items I painted specifically for the workshop were the corrugated iron storage shed and stacked oil drums (both from eBay), but other items like crates can be strewn around if required!  After all, how often do you see a nice tidy factory!